Nexus 6P is bigger and has gigantic size in screen, Nexus 6P has screen size “5.7 Inch“, and Pixel 2 has only “5 inch” screen. So this is plus point goes with “NEXUS 6P” because, everything look perfect in big size screen, watching videos, pictures, and reading on website, everything is bigger.

Another great thing is, there is big difference between both devices display resolution pixels, Nexus 6P has bigger screen and with great screen resolution pixels “1440 x 2560 pixels“, on the other hand Pixel 2 has small screen with less screen pixels “1080 x 1920 pixels“.

6P deviec is slimmer, it has 7.3mm thickness, and Google Pixel 2 has 7.8mm thickness, so 6P is more slimmer and bigger than Pixel 2.

⇒ Nexus 6P looks beautiful, and it would make you feel more comfort when you take this device in your hand, because its has more grip than Pixel 2.

⇒ Pixel 2 is good for small hand people, because of its size, but its manufacturer material is kinda slippy and make your hands feel not grip. 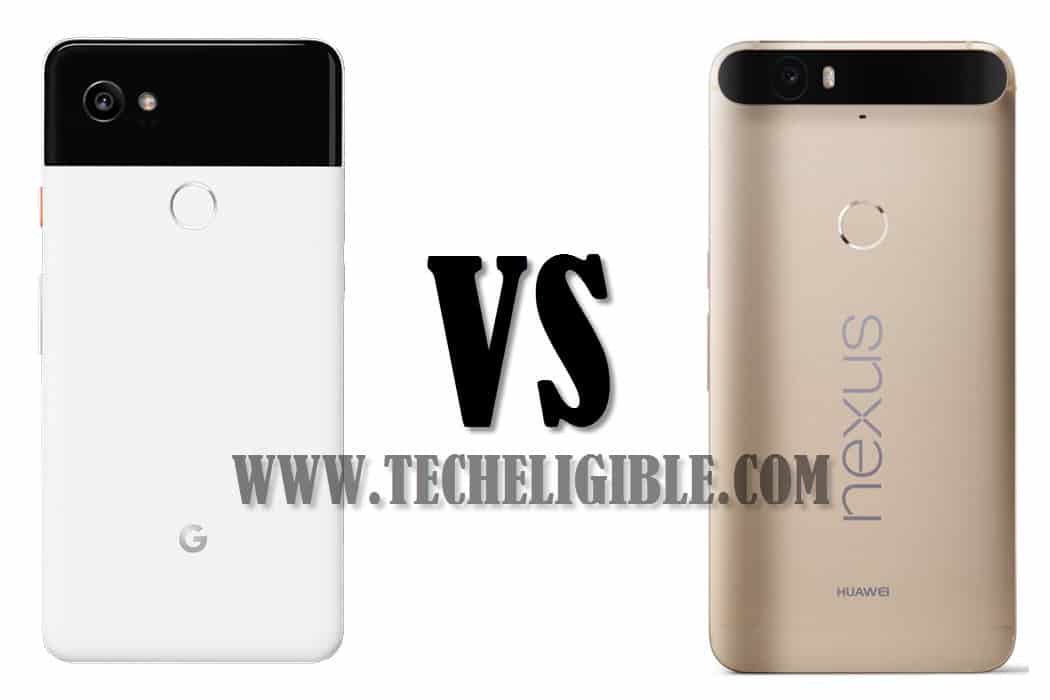 Good thing is that, pixel 2 has only 148g weight, but Nexus 6P is surely heavier, it has 178g weight. So if love to use low weight, and small screen size device, then i would prefer do look for Pixel 2 rather than Nexus 6P.

Nexus 6P is older device, and its slower than Pixel 2, because definitely Pixel 2 should be faster than 6P, and if you test browsing, opening apps, then definitely “Pixel 2” opens up apps and browse website quietly fast than 6P.

⇒ Nexus 6P has bigger size, and bigger battery, its battery has 3450mAh.

Fingerprint sensor is bit slower than Pixel 2, if you keep both devices in your hand, and unlock at same time, you can easily determine that “Pixel 2” is bit faster than Nexus 6P, but that’s not a big thing, obviously pixel 2 has to be faster than 6P because of its RAM, and being latest device.